Athens is defined not only by its rich history and impressive archaeological sites but also for its distinctive culture, both ancient and contemporary. The vibrancy of the Greek capital couldn’t help but be reflected in its offerings in art. Treat yourself to cultural experiences your mind and heart will thank you for by visiting the best Art Galleries in Athens. 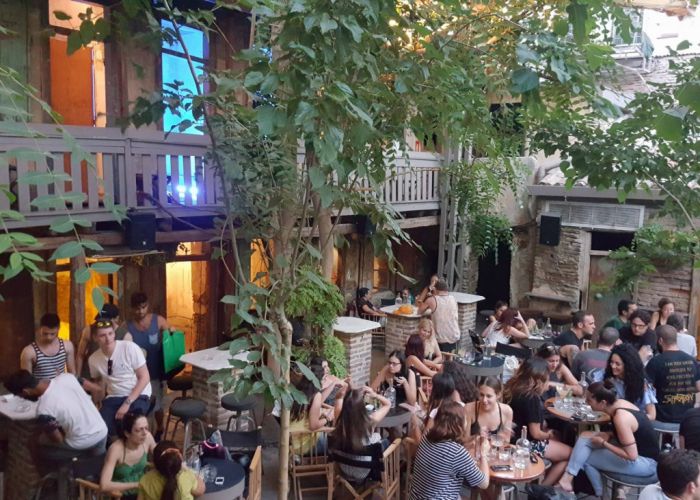 With a strong presence in the cultural life of Athens since its establishment in 2009, TAF/The Art Foundation is an inventive multifunctional space in the middle of Athens that serves as a gallery for contemporary art, as well as a popular café-bar and a shop.

TAF Gallery hosts both local and international exhibitions, workshops, performances, and film screenings, supporting Greek production and creativity at any opportunity. The art it exhibits is not limited to paintings but extends to collections of clothing, jewelry, accessories, ceramics, and souvenirs for which it collaborates with artists from all around Greece. Combine art gazing with a delicious cocktail and your day will be made! 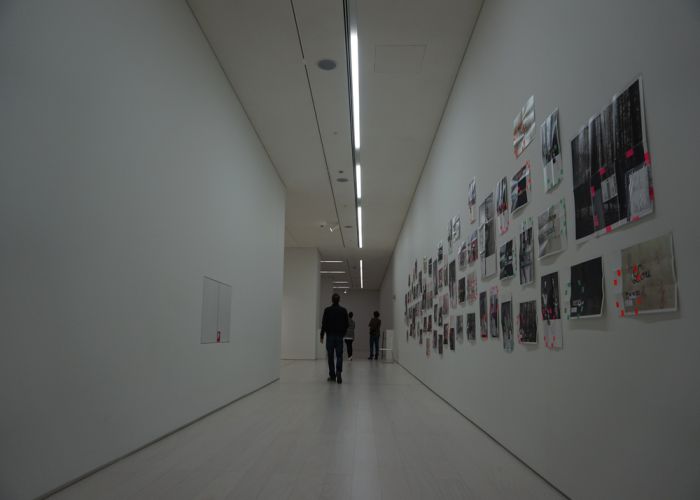 One of the most recent additions to Athens’ art scene is the new Modern National Museum of Contemporary Art (EMST) housed in the emblematic FIX beer factory in the heart of Athens which was renovated by renowned Greek architect Vangelis Stylianidis. Its much-anticipated opening took place back in 2017 and it has since housed a number of exhibitions and continues to do so with great success. 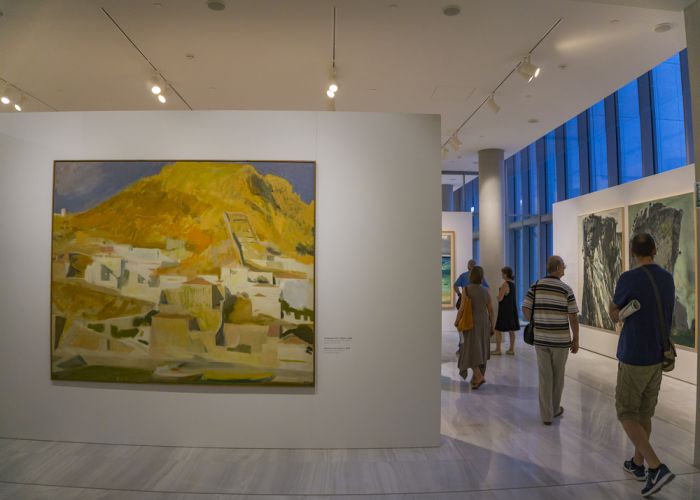 Athens  Art Gallery was founded in 1963 by Marilena Liakopoulou and it reopened in 1973 in a different location in the center of Athens, at Deksamenis Square. The primary objective of the gallery is to advocate for Greek contemporary art, holding exhibitions of paintings and sculptures, among other exhibits, in an effort to give way to, mainly local but also international, new artists. 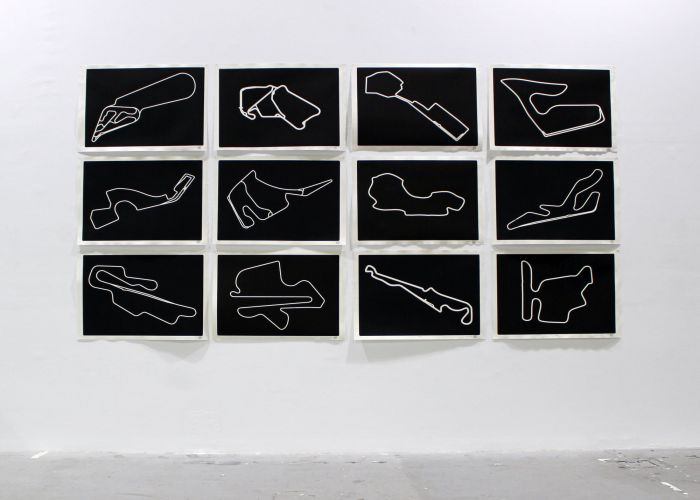 Ekfrasi - Yianna Grammatopoulou gallery is characterized by the multiplicity of artistic views expressed by the work of contemporary Greek and foreign artists.

Since its establishment, the gallery has made an effort to host both emerging and well-established artists, providing them with a modern, highly aesthetic space to exhibit their creations, regardless of the kind of art they express their creativity through. Whether it is paintings, sculptures, photography, installations, or video, in Ekfrasi - Yianna Grammatopoulou gallery, you will find some of the top artists of the industry. 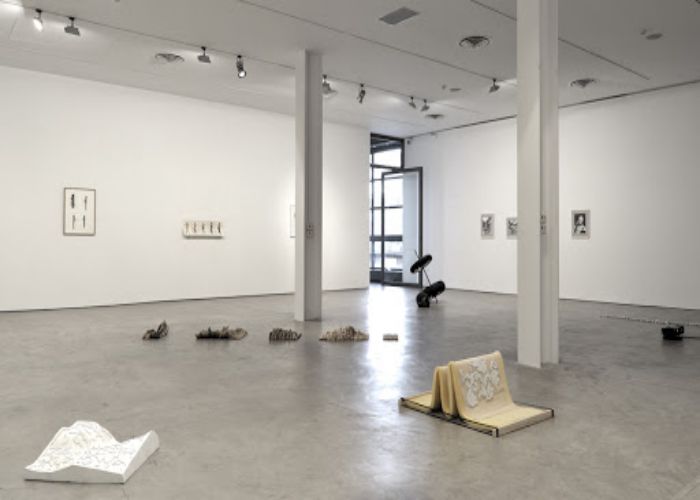 The Ileana Tounta Center for Contemporary Art, the first multipurpose space of its kind, specializes in Greek and international contemporary art. To date, more than 250 exhibitions have been organized at its premises, complemented by a wide range of cultural events. In addition, the gallery often crosses the Greek border and participates in international art exhibitions, establishing this way a name for itself in the worldwide art industry. 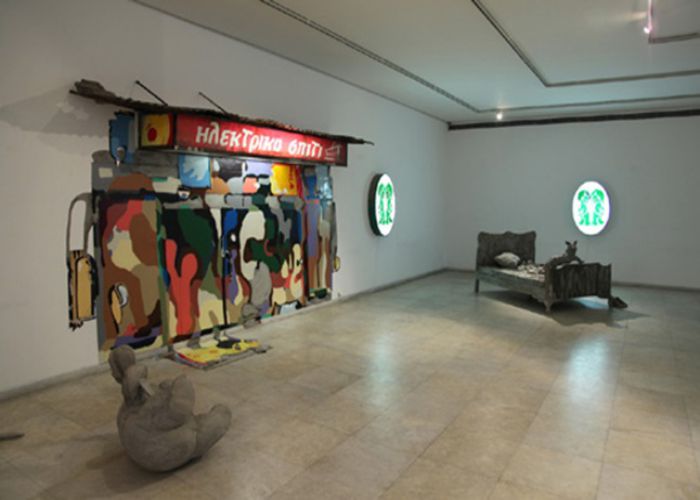 Zoumboulakis Gallery is an emblematic art gallery, with an exhibition program that fans of art lust after year after year. It attracts attention from the general public both for its focus on promoting emerging artists and for hosting popular and acclaimed artists in Greek and international visual art. It’s worth mentioning that the halls of the gallery have hosted a multitude of exhibits by Greek artists who have shaped the identity of the Greek art scene since the 1930s. 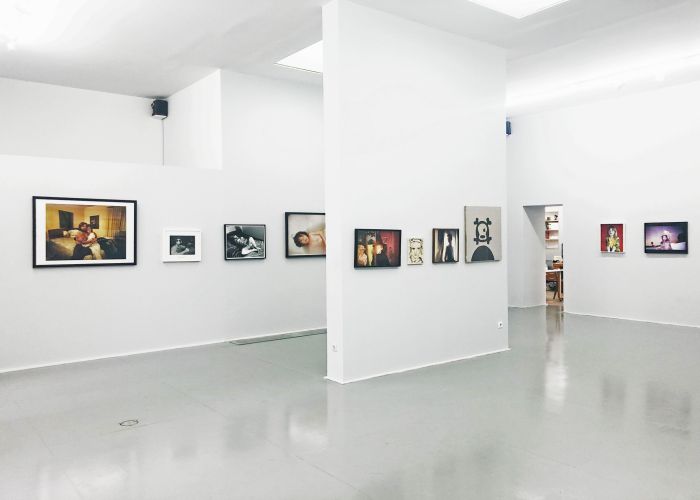 From its headquarters, the two-story neoclassical building on Leonidou Street, Rebecca Camhi Gallery sets and implements its goals: promoting contemporary art through the presentation of international artists' work, but also representing prominent Greek artists abroad. The gallery has participated in major international exhibitions and it frequently hosts lectures, artist workshops, and more. 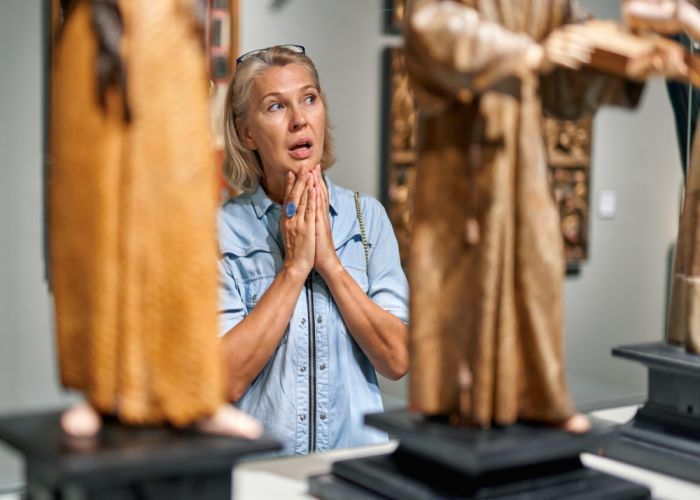 ALMA Contemporary Art Gallery aims to present the evolution of the contemporary art scene in Greece. It seeks to present to the public important retrospective exhibitions by prominent Greek artists from the 1960s and to introduce works by younger artists, enriching the ongoing dialogue between classic and contemporary art. It aspires to be a platform that promotes Greece's new artistic vision. 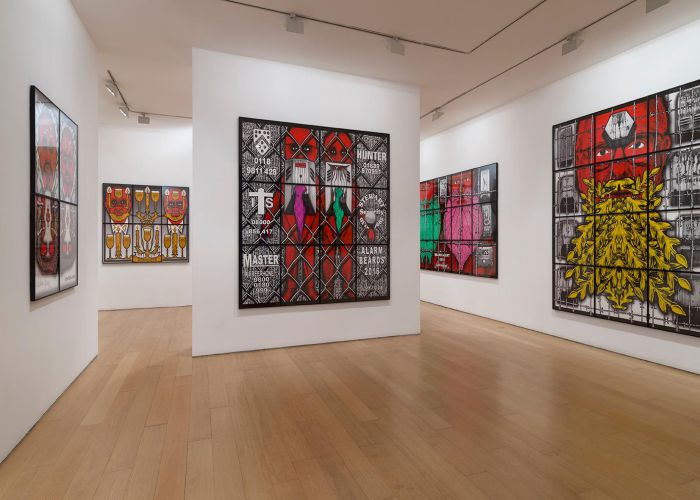 At the height of its fame, the Bernier / Eliades Gallery has been introduced to Greek public artists. The landscaped building of the early 20th century in the area of Thisseio has attracted collectors and audiences who are watching the multi-faceted action of the visual space. During its run, it has introduced representatives from the younger generation of American and European visual and artistic currents. 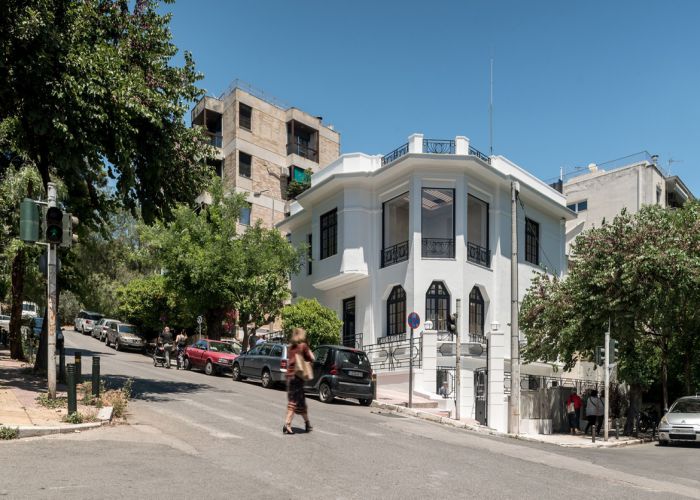 Garry Gagosian opened his first gallery in Los Angeles in 1980. In thirty years, the Gagosian Gallery specializing in modern and contemporary art has evolved into a worldwide network of fifteen showrooms in New York, Los Angeles, LA., Rome, Athens, Geneva, and Hong Kong. The Athenian hall gives the Greek public the opportunity to admire the work of top international artists. 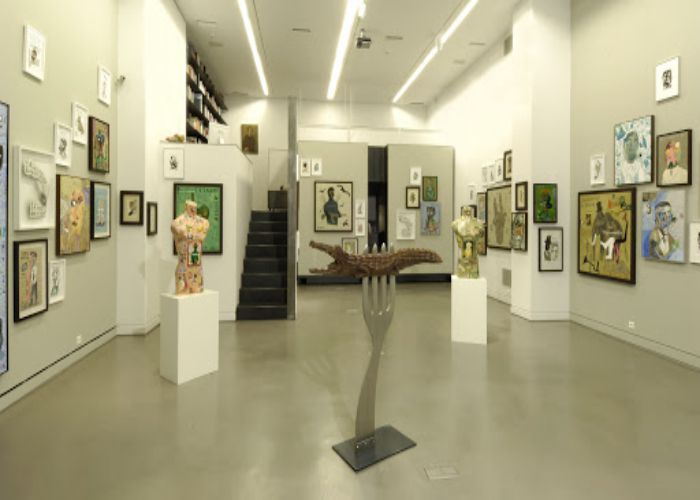 Since its inception, Kalfayan Gallery has been aiming to develop the contemporary art scene in Greece. But with particular emphasis on the Balkans and the MENASA regions (Middle East, North Africa, South Asia) it acts as a bridge between Western and Eastern conception of art. The profile he has created over the last twenty years is international through a wide range of artists representing a wide variety of media. 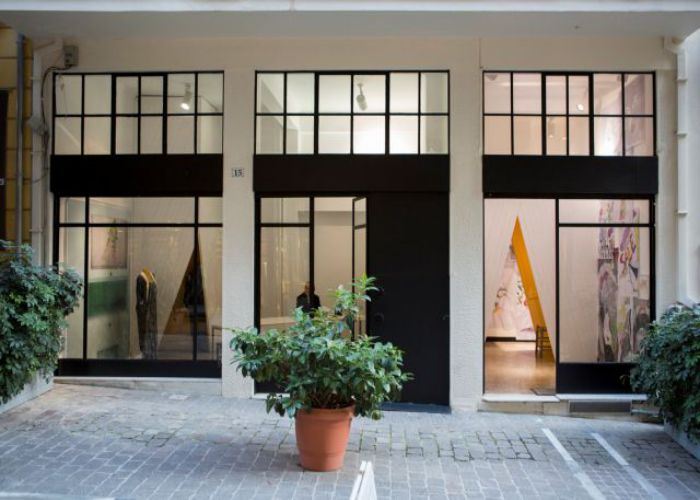 Radio Athènes is a newly established institution for the promotion of modern visual culture. It was devised and founded by Elena Papadopoulou in 2014. It hosts exhibitions of artists from abroad. The exhibitions she hosts cover all fields of application of the visual arts such as painting, sculpture, engraving, video, and photography. 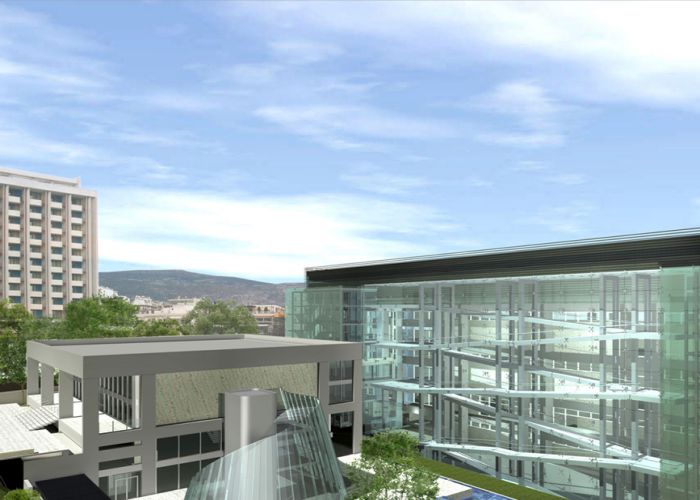 The new decade finds the National Gallery, with 120 years of uninterrupted operation, renewed in regard to its building and exhibits. As a contemporary art museum, it highlights the physiognomy of the culture of Greece but also the position it deserves in the world culture. The permanent exhibition of the Gallery now unfolds in 1000 paintings - out of the 20,000 kept in the warehouses - proving the great value of its rich collections. The first monumental work that welcomes visitors, entering from the main entrance, is the "People's Market" (1979-1982) by Panagiotis Tetsis, an emblematic work that exudes the joy of life and creation, in an explosion of colors, emphasizing the universal character of the composition. The great expansion project of the National Gallery began in 2011 and was completed in 2021, ten years later, marking the beginning of the celebrations of the 200th anniversary of the Greek Revolution.

The list goes on and on of art galleries in Athens that are worth checking out, however, these are our top picks. Take our advice and incorporate as many of these galleries in your Athens itinerary for an artistic experience that will make you appreciate contemporary Greek culture and will make you want to return for more! 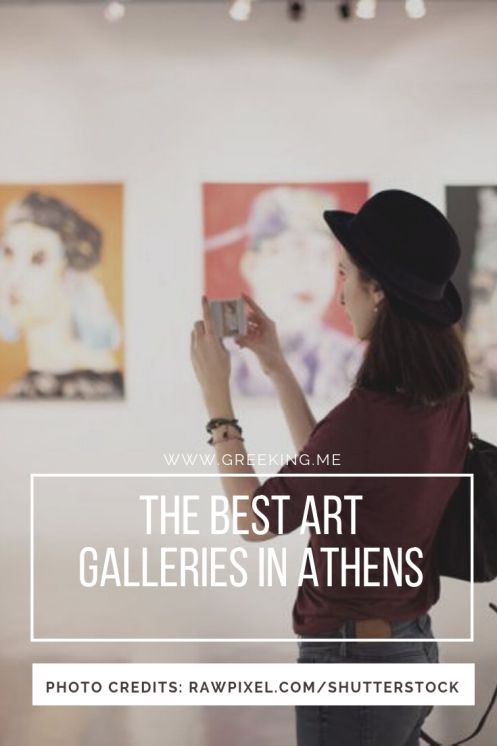 More in this category: « The Most Instagram-Friendly Spots in Athens || Athens Flea Markets and Thrift Shops »
back to top