When one thinks of a Greek meal, a variety of pictures may come to mind. A juicy souvlaki, a warm plate of moussakas, or a lamb being roasted on a spit. Although these are very much part of the modern Greek diet, it by no means makes up the majority. In fact, the average daily diet of a Greek will almost always consist of some sort of vegetarian food throughout the day. It can be argued that some of Greece’s most traditional -and very tasty- dishes are meat-free, making Greece a great place for vegetarians!

Aside from Greek food being delicious, this cuisine is considered one of the healthiest in the world. Its nutritious quality goes back to ancient times, where the ancient Greeks believed that a healthy diet goes hand in hand with healthy spirituality and philosophical serenity.

As a matter of fact, vegetarianism as a practice, the idea of nonviolence to animals, has its roots in ancient Greece as well as ancient Indian civilizations. In later years, when meat became more widely consumed, it was still only reserved for the very wealthy and was considered a luxury; the average Greek would eat meat once or twice a year, but an abundance of fruits and vegetables daily- just like they do now!

Another reason why it is so easy to find vegetarian and vegan-friendly meals in Greece is that the Greek population is 98% Greek Orthodox. The religious guidelines that the Greeks follow, call for extended periods of religious fasting, where animal products are prohibited. This means that they are used to eating animal-free meals and have developed lots of nutritious and delicious alternatives to get them through Lent.

As a result, wherever you decide to eat in Greece, you will find a long list of great vegetarian options that will ensure you get to experience the traditional Greek cuisine. The team at Greeking.me have understood the need for exploring Greece’s vegetarian scene and have thus developed the Vegetarian Food Tour of Athens!

Here are the best vegetarian dishes you must order in Greece: 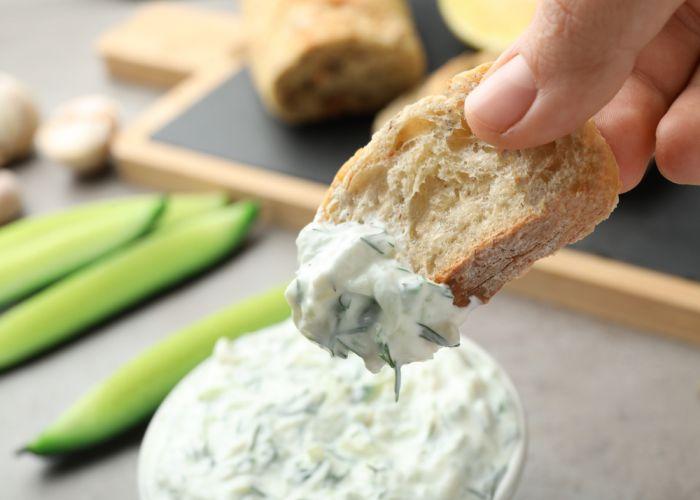 This vegetarian-friendly, garlic-infused Greek yogurt dip is one that you must try on your trip to Greece. This is a staple to a local’s diet and can be eaten with anything: French fries, bread, or even on its own - it is a healthy way to add a little texture to your meal. 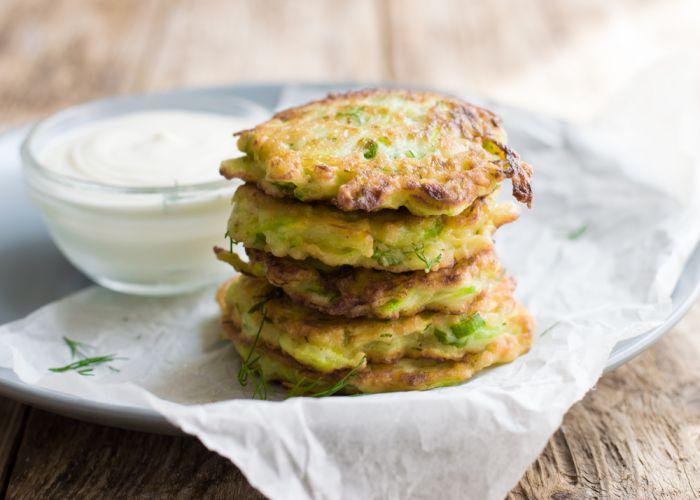 An alternative method of cooking one of Greece’s loveliest vegetables, making them extra crispy while preserving their juicy creamy texture inside. These are perfect for dipping in your tzatziki sauce, making them the perfect vegetarian snack! 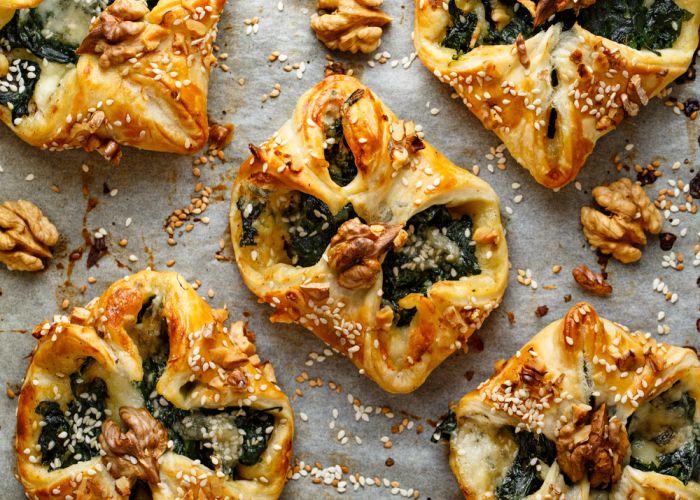 Perhaps one of the most common Greek breakfasts is a pie of some sort. There are hundreds of variations of vegetarian pies coming in many shapes and sizes and with different phyllo types. Especially during the Holy week, you will find a wide variety of vegetarian and vegan Greek pies for you to choose from! For something extra special, we recommend a mushroom or potato pie! 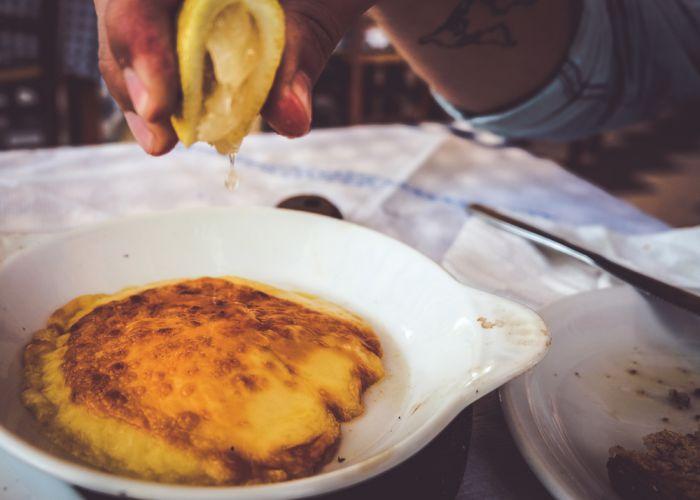 There is nothing like a bit of fried cheese for a starter: a very popular appetizer among Greeks. It is quite salty but there is a special variation which consists of a drizzle of honey and a sprinkle of sesame seeds over the cheese combining the sweet and salty flavors perfectly. Vegetarian or not, no one will be able to resist this mouthwatering dish! 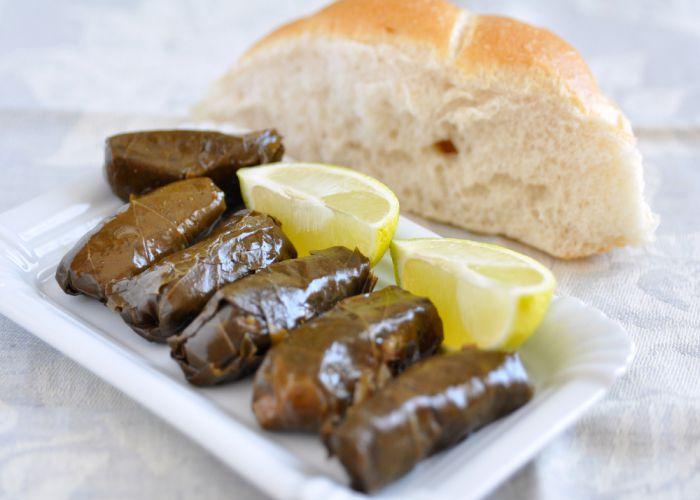 A dish heavily influenced by the occupation of the East, dolmades are stuffed vine leaves, filled with rice and herbs, usually marinated in lemon juice and served cold. They are tasty as they are addictive - you will find yourself wanting to order seconds! 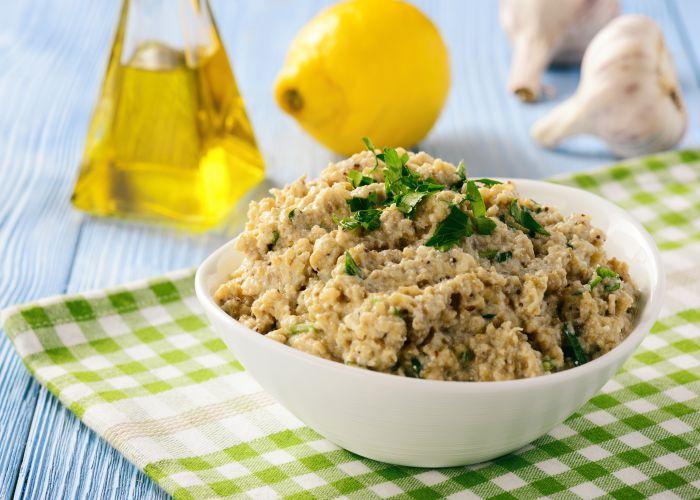 Another quintessentially Greek dip to add to your order is the aubergine salad dip, potent with the aromatic flavors of the Greek soil. Like many Greek foods, this is a super healthy and vegan-friendly addition to your table, while it is usually seasoned with lots of Greek herbs. 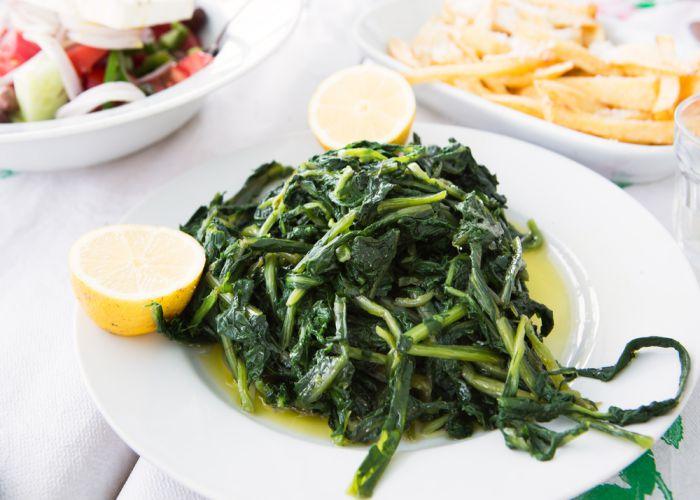 It may seem boring to just order a plate of greens, but don’t judge a book by its cover! The seasonal greens -or in Greek, Horta-, are so dense in texture and flavor that it feels like a meal in itself. The slight bitterness is perfectly contrasted with lots of lemon juice. If you're up for detoxing your body these seasonal greens are for you! 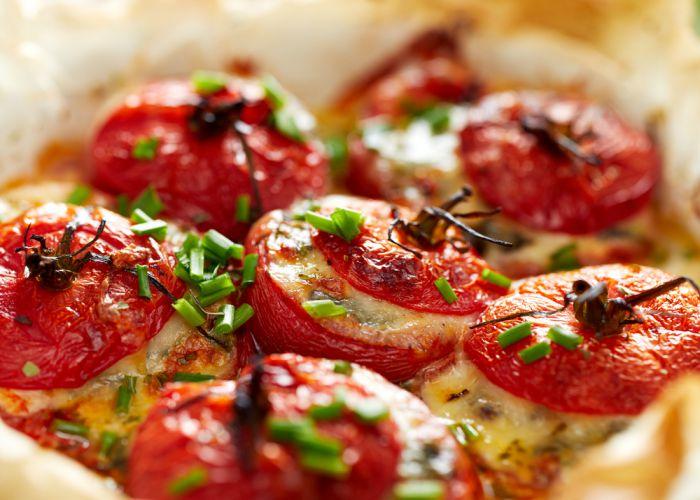 This traditional vegetarian recipe is a favorite amongst Greeks, especially during the summer months. Gemista - meaning 'stuffed' in Greek- are indeed baked vegetables stuffed with rice, such as tomatoes, bell peppers, and eggplants. Pair them with some feta cheese and you won’t regret it! Keep in mind that some recipes add minced beef in Gemista, though the majority of restaurants make them the traditional, meat-free way. Ask your servers in advance, so you can enjoy the best the Greek vegetarian cuisine has to offer.

You didn’t really think that you would come all the way to Greece and not taste the iconic Greek souvlaki? The favorite amongst locals street food comes in many versions, including a meat-free one. Order a wrapped pita with tomatoes, fries, onion, and tzatziki sauce and you certainly won’t miss any of the authentic tastes of Greece. But did you know that some restaurants even offer alternative options, such as mushroom gyros or halloumi cheese?

Another traditional Greek dish that can be enjoyed by vegetarians and vegans alike is Spanakorizo, meaning spinach and rice. Spanakorizo is tasty comfort food that is easy to make with fresh Greek ingredients and is perfectly served with squeezed lemon juice and feta cheese.

If you are looking for vegetarian or vegan food that serves as a traditional meze to accompany your glass of Greek ouzo, then you are in luck. Gigantes translates to ‘giants’ in Greek and refers to the large and pillow-like lima beans. The baked beans served in some rich tomato sauce and dill are the perfect snack, as they are both healthy and environmentally friendly.

The riches of Greek cuisine are many and come in many forms and versions. This list is just scraping the surface of all of the amazing vegetarian dishes you can find in Greece. From Athens to the countryside and to the Greek islands there is always gonna be a traditional Greek dish to blow your mind with its rich taste and aroma, vegetarian or not. Keep track of what and where to eat in Athens as a vegetarian and you can make sure that you will never be short of mouth-watering food options during your trip, by joining our culinary Greece tours!

More in this category: « Everything you need to know about coffee ☕ in Greece || Santorini Wine Culture & Best Wineries »
back to top