Athens may not have a reputation for huge, idyllic parks or green gardens. However, that doesn't mean that the city doesn't have any; on the contrary, there are impressive parks in the heart of Athens full of lush vegetation, where people go to relax and enjoy a short break from the urban scene of the Greek capital. Here, you can learn about three of the best parks in Athens that will provide you with and the perfect shelter from the summer heat. 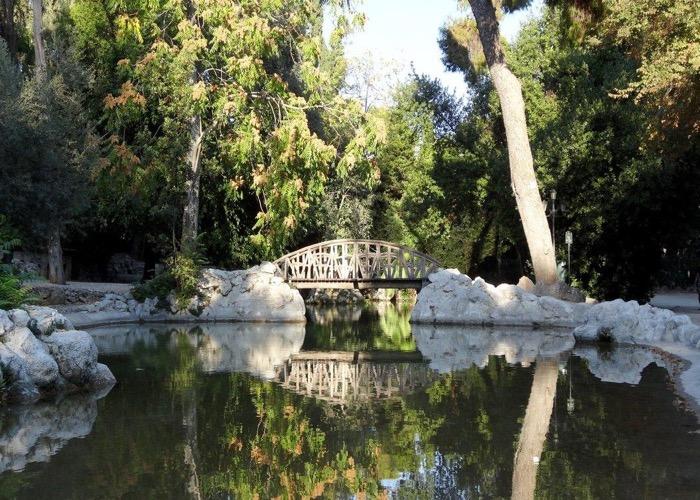 The entrance of the largest garden in Athens is located downtown, just two minutes away from the Greek parliament. All you have to do is walk the parliament´s pavement on the right, and you will stumble upon it. This park used to be the king´s yard back in the day until 1974, which is the reason why it was known as 'Vasilikos kipos', which translates to 'the king's yard' in Greek.

Nowadays, people who want to take a break from the hectic city life, breathe some fresh air and enjoy reading their newspaper under the trees' shadow, find what they are looking for in the national park, right in the middle of Athens.

When the weather is warm and the sun is shining, families, friends, and couples of any age enjoy walks in the National Garden of Athens, while fitness enthusiasts prefer the location for running. What's impressive, is the fact that even though many citizens visit the garden every day, only a few of them know about the sundial, which is located 10 meters from the park’s main entrance.

Don’t pass by this one-of-a-kind clock;  you can try to 'read' the time, like the ancient world used to. 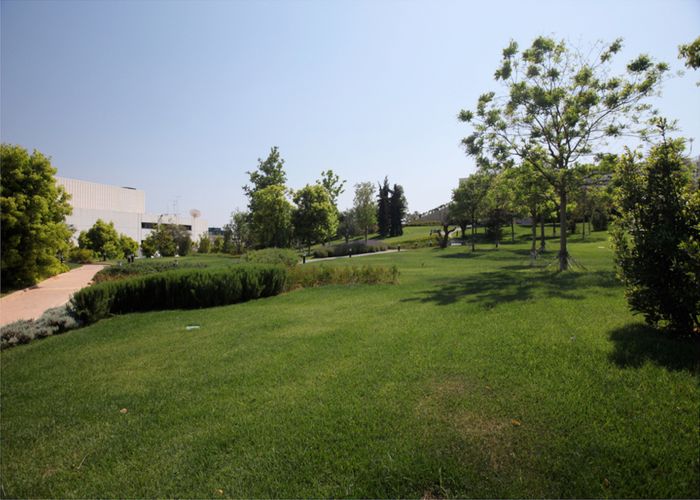 It is regularly said that this garden’s refinement is equal to the elegance of the Concert Hall. The access to this garden is easy enough, with the metro station called 'Megaro Mousikis' being right outside the Concert Hall and the garden’s entrance being on the left side of the music hall’s entrance.

Visitors of this garden love it not only because it is a beautiful place for relaxing walks, but also because it hosts live concerts during the summertime.  More information about this park is available on the Athens Concert Hall's website.

If you happen to be there, don’t miss the chance to have a picnic in the park just next to the Athens Concert Hall. It is also one of the most popular skate spots in Athens and teenagers regularly practice their skate and BMX feats down the little grassy hill. 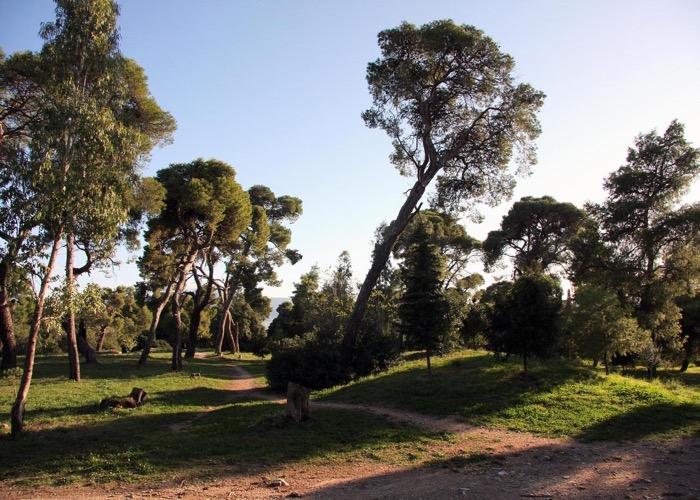 This park is better described as a forest near Athens! It stretches across about 950 acres in the borders of 3 municipalities; Marousi, Kifissia, and Melissia. It is undoubtedly the ultimate spot for a picnic! There are large areas consisting of trees, grass, colorful flowers, as well as lakes and picnic tables, basketball and football courts, and anything else one might need, just 10 km away from Athens' center.

This park is home to the Institute of Agronomic Studies and the church of Saint George; the one and only Gothic church in Greece, designed by Ernst Ziller, a student of Theophilus Hansen and an outstanding representative of neoclassicism.

The garden of the Athens Concert Hall opens at 10:00 and closes when the sun sets, whilst the other two parks have similar opening hours; they are open to the public from sunrise to sunset. Don’t hesitate to wear your t-shirts, go out in parks and savor the heat of Greek summer with your loved ones. 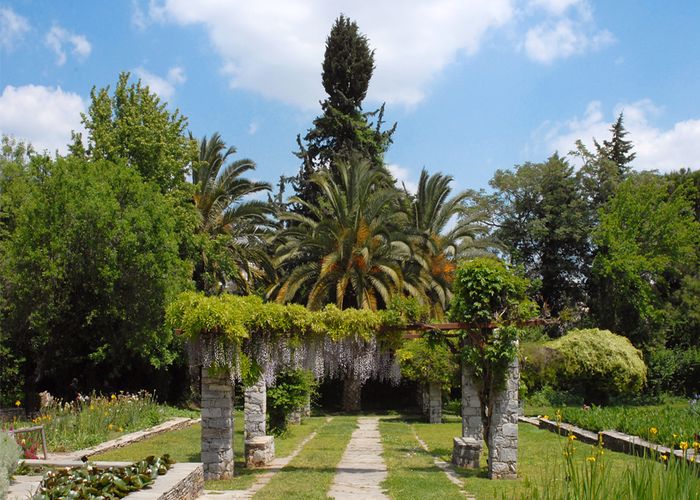 Last but not least, another hidden gem right in the heart of Athens is the Botanical Garden.

Located in the city center, specifically in the Haidari area, you can access the beautiful gardens through the entrance on Iera Odos street. With approximately 3000 plant species, making it the largest garden in Greece, the Ioulia and Alexandrou Diogenes Botanical Garden is also used for research and teaching purposes by the National Kapodistrian University of Athens.

Lucky for all of us, it is also open to the public, so you can take a walk along the paths and stroll through the many sections of ornamental plants and flowers, historic plants and aromatic herbs. You will also be able to find an arboretum, several greenhouses, as well as a cafe and playground, so the whole family can enjoy themselves.

Have a cold refreshment or a cup of coffee after your exploring and enjoy the small natural paradise, right in the middle of the urban scene of Athens. Τhe opening hours, when you can visit Athens Botanical Garden are from 9 am to 8 pm.

In case you want to take a walk somewhere with beautiful natural scenery AND an archaeological significance, you can visit the Three Knights of the Acropolis; Pnyx, Aeropagos and Philopappou, or the hill of Lycabettus for a stunning view of the city.

More in this category: Kolonaki; the Neighborhood of the Athenian Aristocracy »
back to top