Milos is the southwesternmost Cycladic island of the Aegean Sea with a fantastic natural beauty including marvelous beaches and idyllic sceneries. Let us introduce you to the small but full of wonders island of Milos, a place to satisfy your wanderlust.

2. Visit the Archaeological Museum of Milos

3. Discover the small port of Klima

4. The catacombs of Trypiti

5. Get to know the island's natural beauty

Milos island is home to some of the most iconic sceneries the Aegean region has to offer. By being a volcano -today considered to be in a dormant state- the particular geology of the island adds to its beauty with extraordinary volcanic rock formations and rich marine wildlife. Here are the things you should definitely not miss on your trip to Milos to live your Greek experience to its fullest!

The settlement of Plaka is built on top of a small hill overlooking the entrance of the Melian Gulf. Some 5 km north from the port of Adamas, it is the traditional capital of the island really close to some of the most beautiful beaches available. Plaka was founded in the 13th century, after the Venetian occupation. The Venetians, realizing the importance of its location, decided to build a castle, declaring this way their dominance and securing the port of the island. After some years of resistance, the Melians started accepting the Venetian rule and settled around the castle forming the main town that was going be the economic, social and cultural center for the years to come. This came to end during the coming centuries because of the uprise of piracy which ravaged the Aegean Sea. Melians had to abandon their capital and head inland, creating another settlement only to come back to Plaka in the 18th century. Today, the visitor has the chance to wander around one of the most picturesque traditional towns of the Cyclades with an authentic vibe that will definitely enchant you. Choose to have a walk in the evening when Plaka really comes to life, and try to find a spot to enjoy the sunset.

Visit the Archaeological Museum of Milos 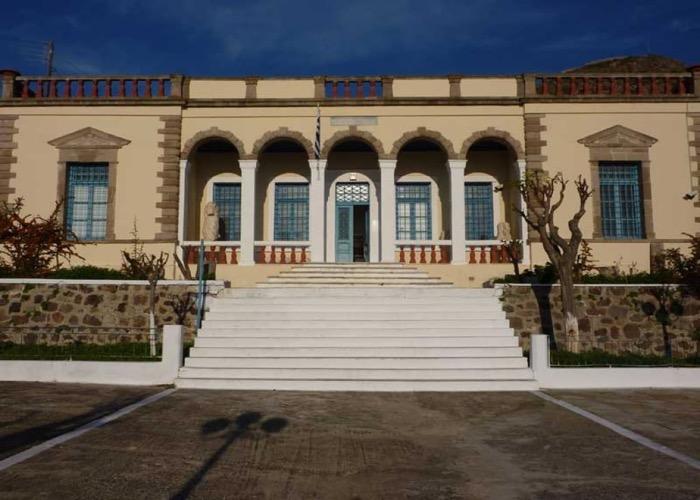 Located at the town of Plaka, the Archaeological Museum of Milos is one of the most impressive provisional museums of Greece. Hosted in a neoclassical building of the 19th century, designed by the famous architect Ernst Ziller, it includes artifacts reflecting the vast history of the island. Milos was always an important power in the Greek world that faced different phases of prosperity. During prehistoric times, the abundance of obsidian found on the island led to an economic boom, constituting Milos a pivotal trading center covering almost all of the Mediterranean Sea. Blades of Melian obsidian are found in large quantities throughout the eastern Mediterranean region, proving its trading significance. Even after the invention of bronze making, Milos continued to play an important role in the Aegean Sea with settlements such as the one of Phylakopi, excavated by the British Archaeological School of Athens at the end of the 19th century. The findings of the site indicate a thriving settlement with high standards of living, contesting the contemporary centers of Crete or Thera. Most of the artifacts found there are on display at this small museum, while others, such as the fresco of the Flying Fish is now exhibited at the National Archaeological Museum in Athens. Up until the Roman times, Milos made a huge artistic and cultural contribution to Greek culture, providing some of the finest examples of sculpture surviving from the ancient world. Some of them are the world-renowned statue of Venus de Milo in the Louvre, the statue of Asclepius at the British Museum or the statue of Poseidon in Athens.

Discover the small port of Klima 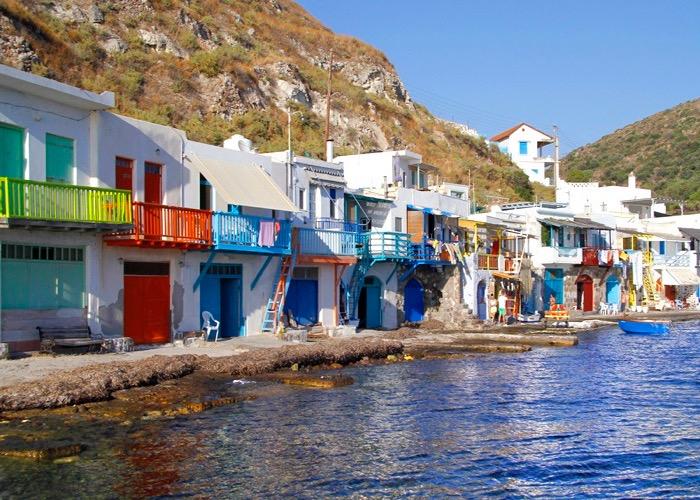 At the very mouth of the Melian Gulf, lies the small port of Klima. Nowadays, the inhabitants of this small fishing village are very few, but their occupation used to be its driving force. Walk on the small port and gaze at the little two-story houses facing the sea. The ground levels of those houses have typically large arched entrances for the fishermen to store their boats if the weather was rough. During antiquity, this was the location of the Dorian city (1100-800 BC) one of the most important sites of the island. The whole area around Klima is of high archaeological and historical interest, with two acropolises, parts of the ancient walls, ruins of the ancient and Roman theater, the site of Venus de Milo discovery, and many traditional paths that will time-travel you back to Milos’ past!

The catacombs of Trypiti

Perhaps the most impressive site of Milos is the early-Christian catacombs close to the modern village of Trypiti. After the challenge of the old, pagan religion and the dominance of Christianity, the early-Christian Melians buried their dead according to the customs of that time, in catacombs. Covering a timespan of more than five centuries (1st-6th AD), the visitor has the chance to sneak a peek at this transitional time period that shaped the modern world. Walk through a tunnel system of about 200 meters and see from up close the burial sites of Melians dug into the soft volcanic rock and decorated with lively frescoes.

Get to know the island's natural beauty

More than half of the island's territory is protected as a natural park and belongs to the Natura 2000 network. The island operates as a stop between Europe and Africa, therefore, many migratory bird species choose to rest on the island contributing to its biodiversity. Due to the volcanic past of Milos, its territory is full of indigenous plant species nowhere else to be found and its hills and mountains are home to small mammals, the red viper and the very rare goat of Antimilos. Marine life is also abundant on the island. The numerous coves, bays, and caves create one of the last remaining habitats of the endangered species of the Mediterranean monk seal. On Milos, you will have the chance to learn more about the seals monachus-monachus and if you are really lucky, you might see one in its natural habitat.

Milos certainly is one of the most idyllic islands of the Aegean Sea, with a natural heritage of spectacular beauty along with a vast history stretching for thousands of years. Hence, in case you want to have an unforgettable experience in Greece plan your own trip to Milos or check out one of our Greece tours and our Greek island hopping guide.

More in this category: « The Wild Beauty of Amorgos Island || Top 5 Beaches of Milos Island »
back to top

2. Visit the Archaeological Museum of Milos

3. Discover the small port of Klima

4. The catacombs of Trypiti

5. Get to know the island's natural beauty