Just one look at the ancient Greek sculptures that decorate the museums across the world, reveals that ancient Greeks had a natural aptitude for fashion. The ancient-Greek-style gown holds up to this day, thousands of years later, with Haute Couture runways still flooding with clothes inspired by it. 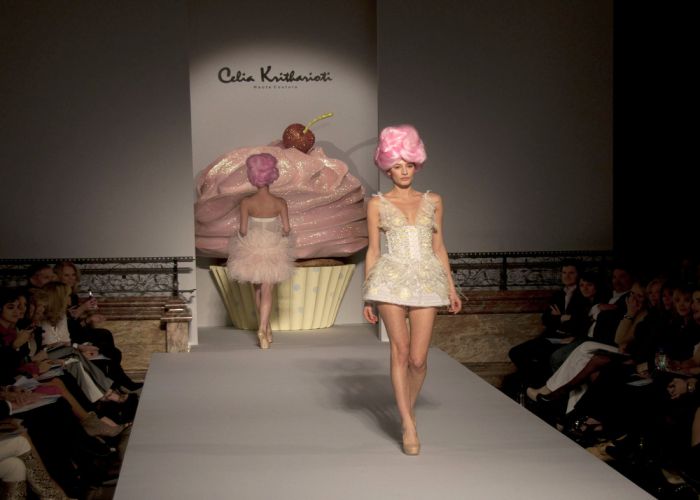 Admittedly one of the most recognizable names in the fashion industry, Celia Kritharioti is the owner of the oldest Greek fashion house, established in 1906, which was inherited from her parents. It is noteworthy that even Chanel was created three years later, in 1909. Since the late '80s, when Celia Kritharioti took over, she brought a fresh aesthetic and a new perspective to the brand. In 2009, she launched the ‘prêt a porter 5226 series’. With two collections per year, 5226 clothes are designed for everyday life, while the name of the series comes from the date of birth of Celia’s father. Apart from the women’s collections, Celia designs a series of sunglasses, jewelry, and accessories as well as the 5226 children collection. Due to the effortless elegance of Kritharioti’s designs, the number of A-list clients who have chosen her designs is rather excessive. From Gwyneth Paltrow, Jennifer Lopez, Kim Kardashian, and Lady Gaga, to  Kelly Rutherford, Miranda Lambert, Samantha Barks, Maria Menounos, Julia Rancic, and Gema Arterton, Celia Kritharioti’s garments have been featured on Hollywood’s best-dressed women, with her clothes decorating the cover pages of Vogue. Furthermore, she designed the costumes for two of the most important performances of the Greek National Opera, while her bridal creations are every bride’s dream. Vanity Fair has referred to Kritharioti’s creations as ‘Beautiful female and trimmed designs by this designer to the stars’. 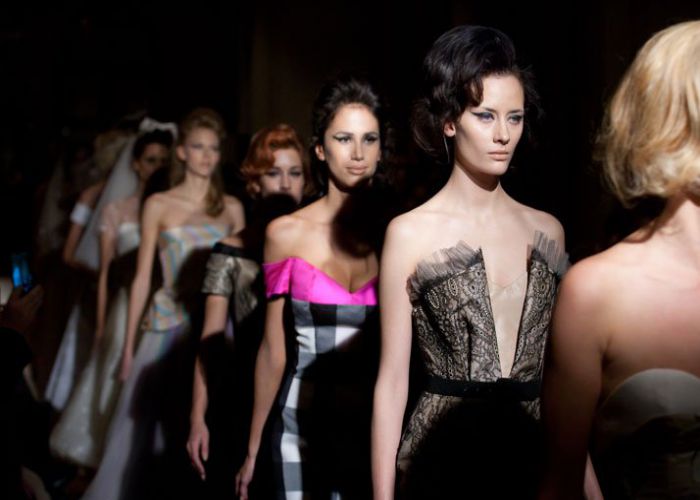 Channeling with his designs a vintage aesthetic and old-time charm, Vassilis Zoulias, who has been working non-stop in the fashion industry from the prime age of 16, has managed to establish himself as one of the most respected figures in Greek fashion. In his words, ‘I have based my work on the elegance of another era - adapted to today - and founded my whole business on three elements: elegance, femininity, and nostalgia’. Following around 20 years of being a stylist, he debuted his own line in 2007 during Athens Fashion Week, with his creations being consistent in style since their debut. Even those who don’t care about fashion can identify Vassilis Zoulias’ garments, and if that doesn’t equal success, then I don’t know what does. His designs’ uniqueness has been appreciated by many of Hollywood’s stars, with the 2018 Met Gala becoming one of the high points of Zoulias' career when he provided a dress for Mindy Kaling which earned her a spot on the top 10 best-dressed women of the night! Zoulias' name is synonymous to the nostalgic finesse of old-time Athens, while the hourglass silhouette and romantic vibe are his trademarks. 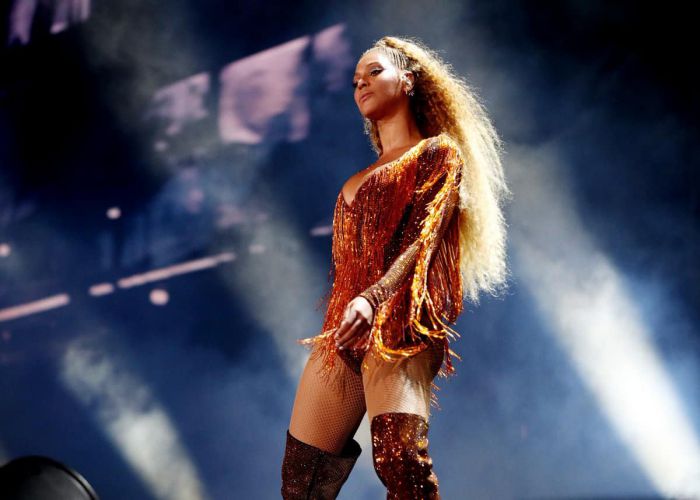 Beyonce on stage in a Vrettos Vrettakos bodysuit - credits: https://greekcitytimes.com/2018/08/12/beyonce-wears-custom-made-bodysuit-by-greek-fashion-designer/

Now here’s a funny story: Vrettos Vrettakos refused to collaborate with Dior in order to launch clothes on the international market with his own signature and we’re here for it; we love a designer that screams confidence and courage. The plan worked out and today, Vrettos Vrettakos dresses the biggest stars in show business, such as Beyonce, Jennifer Lopez, and Shakira. The latter even chose the Greek designer for her World Cup performance and the semi-finals of the show ‘The Voice’. The success story for the man that has grown up in Piraeus and managed to become the next big thing of the international sewing industry is nothing short of inspiring. After studying in Britain's finest fashion universities, Central Saint Martins, and the renowned Royal College of Art, he presented his work for the first time during Athens Fashion week in 2008. A few years later, he opened his own showroom in the southern suburbs of Athens, fastly becoming one of the favorite fashion designers of Greek celebrities. Now, he has become a staple in the closet of the most famous women around the world, with his designs exuding luxury and representing Greek Haute Couture at its finest. 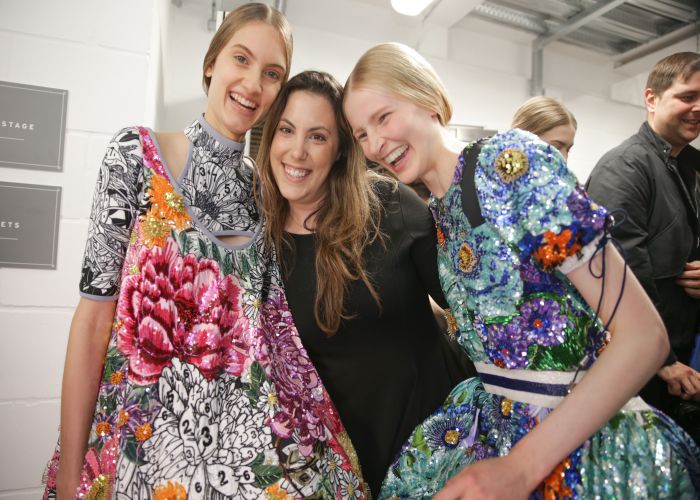 With some of the strongest celebrity names as clients, such as Michelle Obama, Jessica Alba, Sarah Jessica Parker, Kerry Washington and Elizabeth Banks, fashion blogger Olivia Palermo, Marion Cotillard, Rihana, Nicole Kidman, Fergie, Daian Kruger and Taylor Swift, the 36-year-old Greek designer has stood out for her unmatched talent. After studying fashion in London, Mary Katrantzou opened in February 2018 the Saint Martins MA Fashion show at London Fashion Week, and that’s when everyone new; she was in it to win it. Her signature style, which became apparent from her very first show, earned her nominations for the Harrods and the L‘Oreal Professional Award. Her unconventional techniques and the use of volume, depth, and perspective, give her clothes a three-dimensional quality that is fascinating, unexpected and brilliant. Her collections are now sold in over 200 fashion shops across 47 countries, including Selfridges, Harvey Nichols, Barneys, Neiman Marcus, and Net a Porter. In addition, since her establishment in the fashion world, she has collaborated with major brands, such as Longchamp and Adidas, while her work has been featured in the most prestigious fashion magazine, including Vogue.

The aforementioned brands may not consists of the cheapest of creations, however, a garment from the luxurious collections of the prestigious Greek designers can be a great centerpiece for your closet and it is worth saving for.

Greek Haute Couture is in no shape or form inferior to international fashion houses. Therefore, If you find yourself in Greece and you’re up for some luxury shopping, consider indulging in one of the Greek fashion designers' pieces. Ancient Greek women knew where it was at!

More in this category: « The Sunday Dinner Tradition in Greece || Greek Icons: Tsarouchia, the Evil Eye and the Wise Owl »
back to top