Greek gastronomy has been praised by those who have tasted it time and time again. Yes, we’ll admit of being guilty of waxing lyrical about it ourselves, but it’s no secret that Greeks are passionate about food, so we’ll make that our alibi. If you want to dabble in Greek cuisine, here we suggest to you the best Greek food blogs you should follow.

6. Souvlaki For The Soul 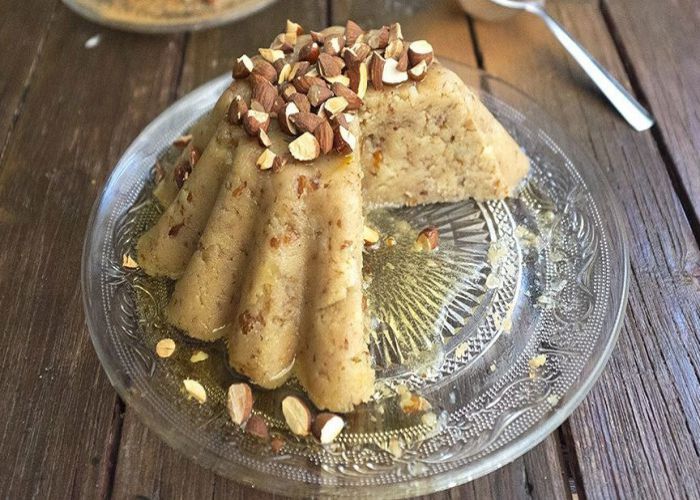 We’re starting off strong with our absolute favorite! Winner of reality cooking show ‘Masterchef’ in 2008, Akis Petretzikis has since become one of the most loved celebrity chefs in Greece. With 2 restaurants in Athens, several cooking books and a few tv shows on his track record, Akis is one of the most successful Greek food bloggers and for good reason. He focuses on simple and easy recipes consisting of only a few ingredients, with his minimalist approach in cooking catering to the busy life of today’s society. What makes him the best in what he does, however, is that his recipes are full proof; not even once has following one of Akis’ recipes has led to anything else but success! That’s why he has gained the trust and love of the locals, with his website serving as the modern day kitchen bible for Greek homes. 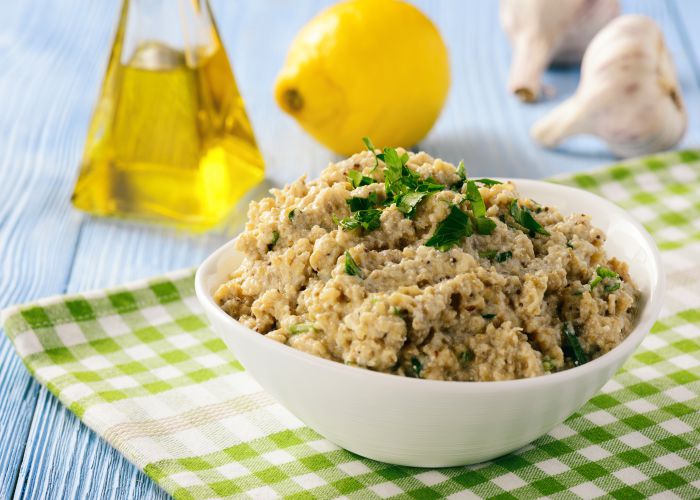 Behind the Kouzounas Kitchen food blog, you can find Greek gastronomy mastermind Krystina Kalapothakos, a passionate chef and the author of the Back to My Roots cooking book. Following her graduation from the world-famous Le Cordon Bleu pastry school, she swiftly discovered her love for cooking. Additionally, having grown up in the US and coming from a Greek background, her love for Greek food didn't take long to flourish and the elements of Greek cuisine didn't take long to influence her cooking style. 'The name Kouzounas originated from my sweet Yiayia (grandmother), Stavroula Kouzouna Kalapothakou from Mani, Greece who was a fantastic home chef', she mentions on her blog explaining the inspiration behind her recipes. Kouzounas Kitchen was created in 2012 with the encouragement of Krystina's friends in an effort to teach people the secrets of traditional Greek cuisine. The knowledgable chef combines tradition with expertise, making her blog one of the most educational ones. 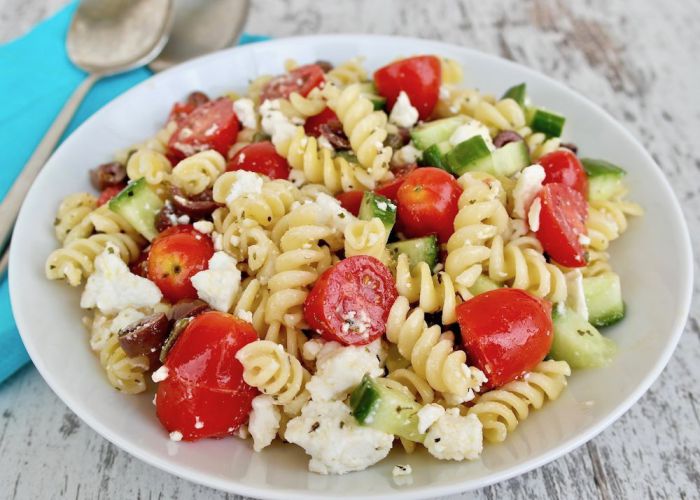 Olive tomato is a food blog dedicated to the Mediterranean diet and its nutritious elements, full of recipes and cooking tips that aim to give an insight into Greek cuisine. The award-winning blog is run by a dietitian and nutritionist Elena Paravantes, a Chicago native that moved to Athens around two decades ago. Her decision to move was driven by her love for Greece and its culinary tradition, which was inherited from her mother. Her go-to recipes include traditional Greek dishes, while her blog offers Greek recipes that cater to various dietary restrictions. What’s more, on her blog, Elena promotes the use of traditional Greek products, such as olive oil -which I bet you’ve already figured out given the name of her blog-, and Kalamata olives. She is adamant on showing that with high-quality raw materials, only a few steps are enough for a delicious and nutritious meal. Additionally, she provides her audience with recipes from the whole of Greece, including the regions of the Peloponesse, Arcadia, Mani, Nemea, and Vytina, among others. 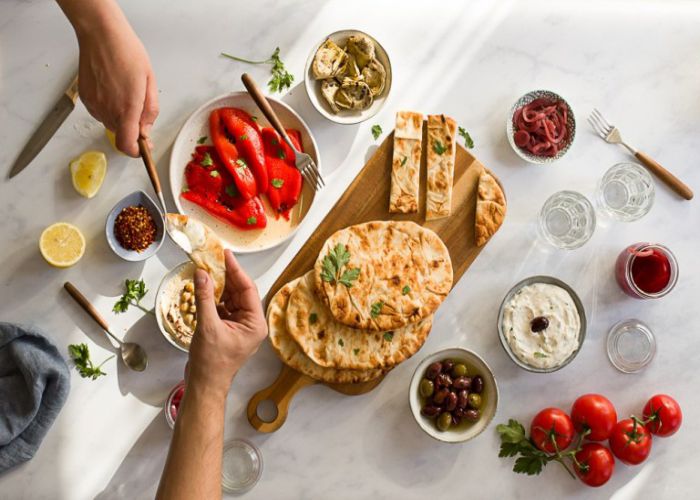 Eugenia, the creator of the -wittily titled- Eat Yourself Greek food blog, introduces herself as a ‘collector of family recipes’. Having shared her life between Britain and Greece, and now residing in Athens, for her, Greek food is a way of connecting with her roots and spreading the culinary tradition every Greek is proud of. Easy recipes using fresh local products pack her online platform, where the simple flavors and plain flavor combinations are being raved about. Additionally, Eugenia’s cooking is not the only thing on the blog that’s to-die-for; along with her mouthwatering recipes, the online presence is a visual feast for the eyes! As a result, her aesthetic site has earned recognition and was awarded ‘Best Cooking Blog in English’ in 2015 Food Blog Awards. From healthy creations to naughty, indulgent desserts, on Eat Yourself Greek you can find a Greek recipe for anything your heart desires! 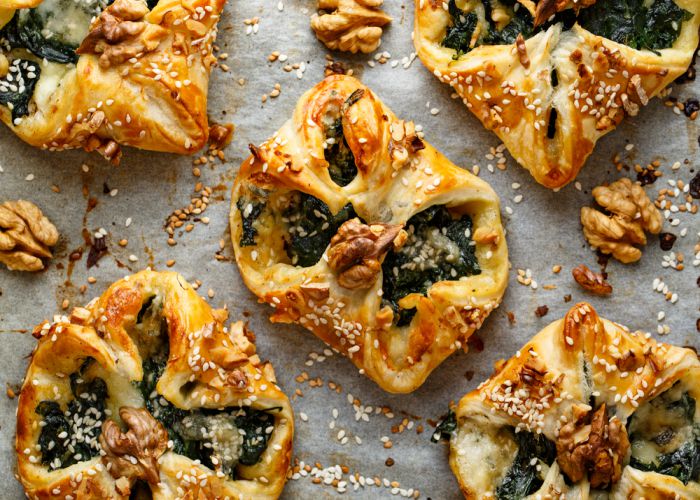 My Little Expat Kitchen is a result of Magda Zografou's love for food, counting already a decade of existence. It was created in 2009, when she moved to the Netherlands, as a leisure activity, where she shared her adoration for Greek cuisine and creatively express herself through her recipes. The dishes found on the blog don’t come exclusively from the Greek culinary tradition. Often times, the recipes are a bit more international, but always with a Greek twist! Her unique and creative recipes in combination with her flawless photography, make for an inspiring and motivating combination that lures you in the kitchen. Born and bred in Athens, Magda’s recipes combine tradition with experimentation and use a plethora of fresh vegetables, local cheese varieties, and a selection of other local products, to create homemade delicacies. Her blog was awarded ‘Best Cooking Blog’ at the 2015 Food Blog Awards.

Souvlaki For The Soul 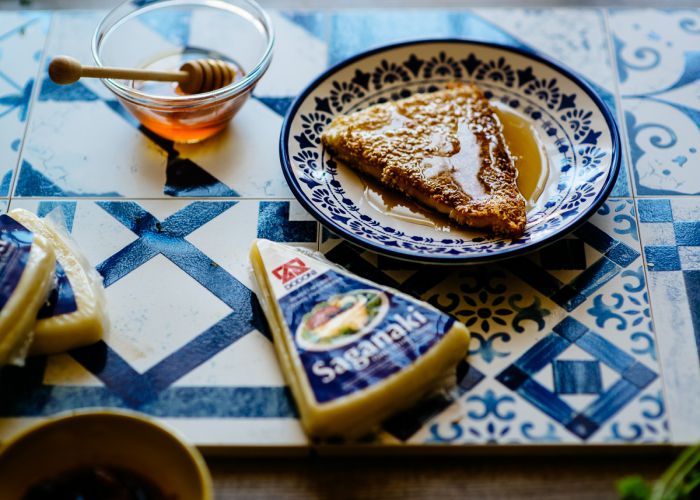 With a name like that, we couldn’t possibly leave Souvlaki For the Soul out of our list. As Greeks, we relate to this name on a deeper level; let's be real, souvlaki is much better for the soul than chicken soup!. The brainchild of Greek-Australian photographer Peter Georgakopoloulos is one of the most visually pleasing Greek food blogs -as you might have already guessed- and it has been since its birth in 2007. The recipes are delicious, but even the photographs alone will have you drooling on your laptop. Peter learned the art of cooking from his parents, which explains the strong Greek influences most of his dishes carry. Being a well-traveled individual, however, the recipes often fuse element from different cultures, resulting in an imaginative and gratifying creation.

Although all of the aforementioned Greek food blogs include, vegan, vegetarian, gluten-free and all other kinds of food requirements, an honorable mention should be given to The Gluten Free Greek and The Greek Vegan. Both of those Greek food blogs have managed to artfully adapt Greek cuisine to be savored by people that follow the particular diets, without sacrificing the taste or creativity of the dishes.

If you’d like to try to cook delicious Greek recipes for yourself, try our Athens’ Market tour and Cooking Class, where an experienced chef will teach you the way to cook the most scrumptious traditional recipes. Alternatively, If you like to try the food without the hassle of making it, our Athens for Foodies tour will introduce you to the very best culinary gems the city of Athens has to offer.

More in this category: « The Best Greek Summer Dishes || The Most Popular Greek Products »
back to top

6. Souvlaki For The Soul