Autumn is one of the most beautiful seasons to visit Greece and explore its diverse countryside. This time, we are going to the western part of the country, in the lands of Aetolia and Acarnania where high mountains give their place to fertile valleys, lagoons and lakes. Let us introduce you to this relatively unknown part of Greece and truly live Greece like a local!

2. Have a boat-ride at Trihonida Lake

3. Visit the city of Messolonghi

4. Wander around the city of Nafpaktos

Now that the temperature is a bit lower, and autumn paints the leaves of the trees yellow, perhaps it is time to start exploring mainland Greece which it is definitely going to surprise you. The regions of Aetolia and Acarnania are located in the western part of central Greece and include numerous different habitats resulting in a precious and thriving ecosystem. Mountains rise high up into the sky surrounded by the waters of the Ionian Sea. The region is carved by the flow of Achelous River which opens the mountains and forms valleys, nurtured by the rich in minerals soil that it gradually deposits. Through a landscape of cliffs and forests, Achelous River ends up to the south of the region where marshlands and lagoons offering a whole new scenery.

Achelous River is the second longest river of Greece starting from the northern mountainous region of Epirus and ending up to the shallow lagoons of south Acarnania. During antiquity, it used to be the natural border between the lands of Aetolia to the east and Acarnania to the west. The river Achelous always played a really important role in people’s everyday life. In ancient times, he was worshipped as a god and Herodotus himself wrote:

“There are other rivers as well which, though not as large as the Nile, have had substantial results. In particular (although I could name others), there is the Achelous, which flows through Acarnania into the sea and has already turned half the Echinades islands into the mainland.”

Living in a place where a river dominates the landscape could be a blessing or a curse. The brought soil deposits nurture the lands nearby resulting in a fertile environment where people can invest and rely on, but the fast-flowing waters could prove to be a barrier making communication and trading quite an arduous task. Therefore, bridges were a concern of the inhabitants of the region regardless of time-period. The effort that people made since antiquity to connect with bridges fast flowing rivers and deep gorges resulted in a road-network that helped the movement of the population and the exchange of ideas and goods. These bridges were thought to be a priceless kind of infrastructure and people used to repair and replace them if needed for generations.

Thankfully, Achelous River still has some of its beautiful traditional arched bridges, some of them built in medieval times and some dated even before that. While in the region of Aetolia and Acarnania, do not miss your chance to explore some of the gorges nearby and immerse into the wild nature of lush forests and crystal clear rivers. In addition, look for the long-stretched bridges of the marshlands, a feat of engineering of past times.

Have a boat-ride at Trihonida Lake

Lake Trihonida is the largest natural lake in Greece with an expanse of almost 100 sq. kilometres. Named like that in antiquity, the lake is connected to the smaller lake of Lysimacheia. Because of its historical importance, a hydrocarbon lake on the surface of Titan, a moon of Saturn is named after it. The lake operates as a unique natural habitat of crucial importance for the migratory birds of Europe, Asia and Africa. With many settlements, villages, and towns around it, the visitor has many options to choose from. The region of the lake is surrounded by mountains covered with maple forests with cypresses and pines. More than 200 bird species are to be found all year long around the lake, making it an ideal place for nature lovers and birdwatchers. The waters of the lake are super clean hosting many fresh-water species which inhabitants rely on, such as fresh-water fish, eels and many more. In addition, in the lake, there is a species of a small fish nowhere else to be found around the world. While there, do not miss the chance to visit the Voukatio in Paravola, one of the most ancient fortresses of the region.

Visit the city of Messolonghi 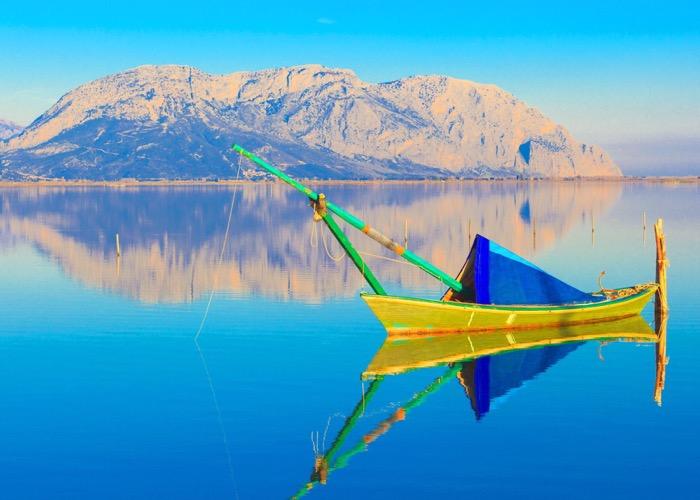 Messolonghi is a small city of approximately 35000 people in the southern part of the Aetolia-Acarnania region. Cited in the middle of a large lagoon, life in Messolonghi was always orbiting around maritime and fishing activities. The name of the city derives from the combination of two Italian words ‘’mezzo’’ and ‘’Laghi’’ meaning the place which is surrounded by lakes. Originally founded by the Venetians as a trading centre, the inhabitants of Messolonghi mostly relied on fishing in the large lagoon the surrounds the city. These people used to live near the water in houses made of a kind of waterproof reeds which stood on stilts above the lagoon. During the 18th century, commercial activities and trading gave quite a boost to the Messolonghian economy resulting in a prominent city of high importance. This city came to be one of the main centres of the Greek War of Independence. Many of the heroes of the War originated from the city and its people with their courage and perseverance got immortalised after the Exodus of its Guards in 1826. Most of its inhabitants died during the siege of the city out of starvation and continuous warfare including the British poet Lord Byron that actively participated in the War against the Ottomans. Because of their courage and sacrifice, the city is known even today as the Sacred City of Messolonghi.

While there, do not miss the chance to visit the Garden of the Heroes where many of the figures of the War were buried. Other attractions in the city include the Museum of History and Art of the Sacred city of Messolonghi, the Gallery of Modern Art and the Cultural Research centre of Byron. Exploring the countryside of the city is a must if you want to experience the pastoral life of the region along with its particular lagoon ecosystem. Many migratory birds are to be found in the area making it a perfect opportunity for every nature-lover. In addition, Messolonghi is renowned about a local delicacy named avgotaraho, the Greek caviar, a fish-product that it is also known as bottarga.

Wander around the city of Nafpaktos 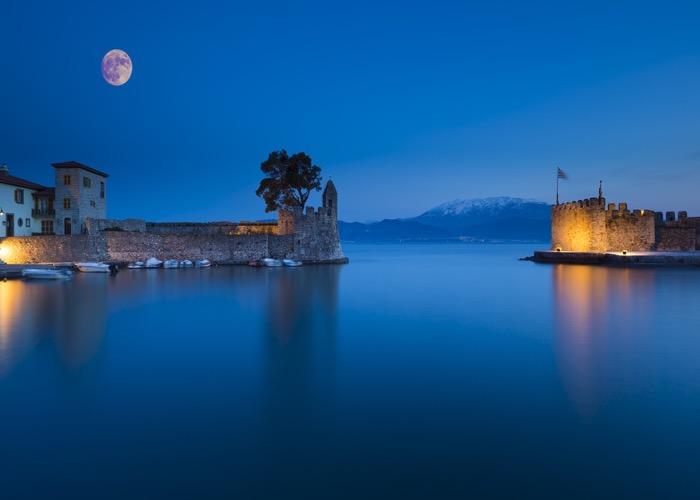 The city of Nafpaktos is located at the southeastern part of Aetolia on the northern shores of the Corinthian Gulf. It is a city with a history stretching from ancient times up until today. The name Nafpaktos means the place where you build ships, and this was exactly what the city did in ancient times. In 1104 BC, the Dorians settled in this area and made some primitive ships in order to cross the sea to the Peloponnese. During classical times, the city was under the influence of Athens and many Messenians settled it after an event with the Spartans. In the coming years, the city was conquered first by the Macedonians and then by the Romans in 191 BC. Because of its strategic location, the city flourished becoming a highly important trading centre of the region. Even during the Byzantine, Latin and Ottoman times, Nafpaktos was a prominent harbour holding wealth and military forces. When the Greek War of Independence broke out, the Nafpaktians immediately joined the rest of Greece offering ships and money to the War.

Today, the traveller has the chance to wander to this small picturesque city and relive on-site parts of its vast history. Some of the most famous attractions are its imposing castle on top of the hill which dominates the city, its traditional architecture with the pebblestone alleys and streets, the old mansions of the prominent families of the city and the small jewel-like Venetian port.

From high mountains, deep gorges, fast-flowing rivers, open lagoons, pristine beaches to traditional architecture, vast history and significant local culture, the regions of Aetolia and Acarnania are corners of Greece definitely worth-visiting. Do not miss any more time, plan your own autumn trip or check out one of our Greece tours.

More in this category: « Family Travel Guide to Greece: Tips For Traveling to Greece With Kids || Things to do in Arachova »
back to top

2. Have a boat-ride at Trihonida Lake

3. Visit the city of Messolonghi

4. Wander around the city of Nafpaktos